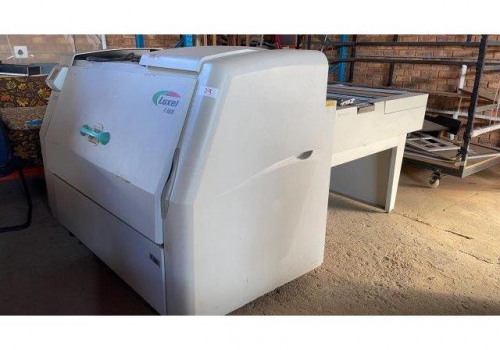 Printer in working condition but I do not have the right PC or program to test it's quality.

It houses a multi-laser expose system that automatically scans to film a set of job images downloaded from a RIP server.

Image data is sent directly across a SCSI bus from the RIP and stored on a buffer Hard disk. While scanning, the recorder can continue to receive and store images from the RIP. Film feed and output is automatic: once the images start to download, the operator only needs to attend the machine to reload cassettes. After exposure, film sheets for each job are transferred directly into an online media processor.

The recorder uses an internal drum with film vacuum, and a high-speed spinner and mirror to scan film. It processes data for fast optical scanning, continuously feeds film from dual cassettes, controls the handling of cut and punched film to the processor, and runs the system software for managing all the main modules.

Overall control of the machine is always by the operator using a touchpanel interface displaying sets of menu screens as icons and selectable button options.

• A SCSI bus link between the server and the recorder for passing RIP data.

• A choice of RIP software applications with a Graphics User Interface (GUI).

• Multi-laser beam system with the option of 1, 2 or 3 lasers operating simultaneously.

• A range of punch options that includes a custom punch.

• Cassette IDs that allow the recorder to hold a database on the type and width of the installed film.

• Option of up to seven cassettes, each with different film types.

• Direct user control of the recorder from a set of displayed icons and buttons on a touchpanel Man Machine Interface (MMI) console.

• Comprehensive diagnostic self-tests and error screens for the user and engineer.

• Direct output to an online media processor that communicates with the recorder using a common protocol.

• Option of an external alert that can warn the user when the recorder requires a new loaded cassette or an error has occurred. The scanned imaging area on film covers 254 to 930 mm for four different film widths. Resolutions for exposure range from 48 to 144 dots per millimetre. Images in portrait or landscape are exposed up to a maximum of B1 size.


Please note that this description may have been translated automatically.
$5,100
CONTACT THE SELLER
Last availability: Oct. 26, 2021 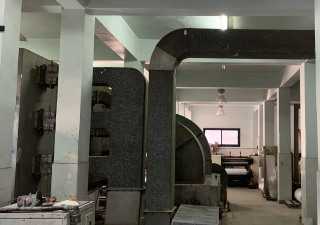 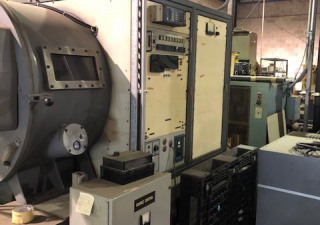 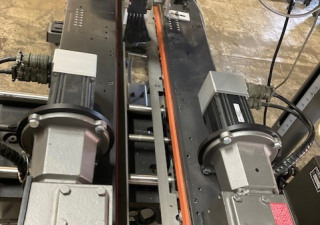 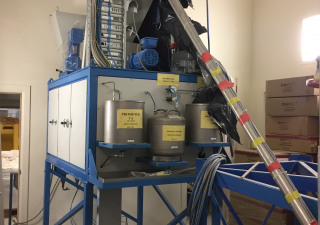 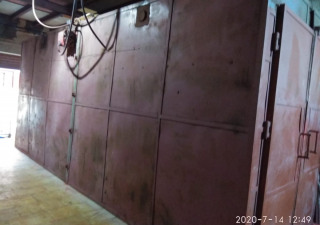 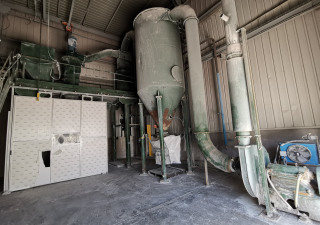 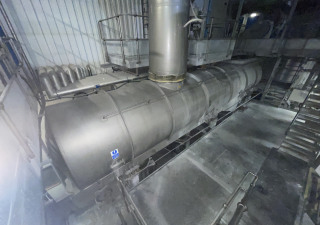 UK
Price on request
View all